The Khao Sok jungle is renowned for its biodiversity and stunning views.  Guests that venture out into the forest on jungle treks are likely to find fascinating, exotic plants and animals with every step.  There is so much to see, and with so many possibilities, it is a good idea to come prepared!  With this in mind, we have prepared some in-depth information about Khao Sok trekking. This page provides you with all the information you need to plan your Khao Sok hiking adventure!

Read on to find out more about this incredible place and begin planning your trip to the Khao Sok national park and Cheow Lan lake.

1. Khao Sok Trekking: Go it alone, or with a guide?

One of the most common questions guests have regarding Khao Sok national park trekking is whether a guide is necessary.  Unfortunately, there is no yes/no answer to this question. Instead, we’ll discuss the options here.

Heading out into the Khao Sok jungle alone can be hugely enjoyable for the intrepid adventurer.  National park Khao Sok headquarters maintains a dozen kilometres of trails, just inside the park boundary. These are marked on maps, and suitable for self-guided jungle treks.  Guests often spot long-tailed macaques and dusky langurs on these trails, in addition to many iconic rainforest plants and a few beautiful Khao Sok waterfalls. Update feb 2021 – these are still open.

The downside to self-guided Khao Sok trekking is that guests must keep to a standard network of trails. It is important to keep in mind that they are heavily used by other hikers. As a result, wildlife here is often more scarce than other areas of the forest. Additionally, it will be more difficult to find peaceful spots in which to enjoy the rainforest. 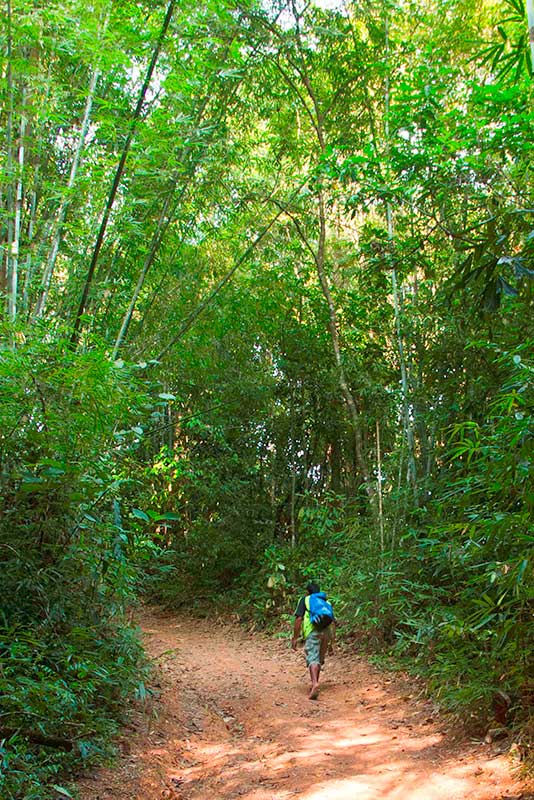 IMPORTANT: Self-guided hikers will eventually come to the end of the public paths. At this point a guide will be necessary.  It is highly recommended to avoid these guided-paths, which are unmarked, technically challenging, and more wild. 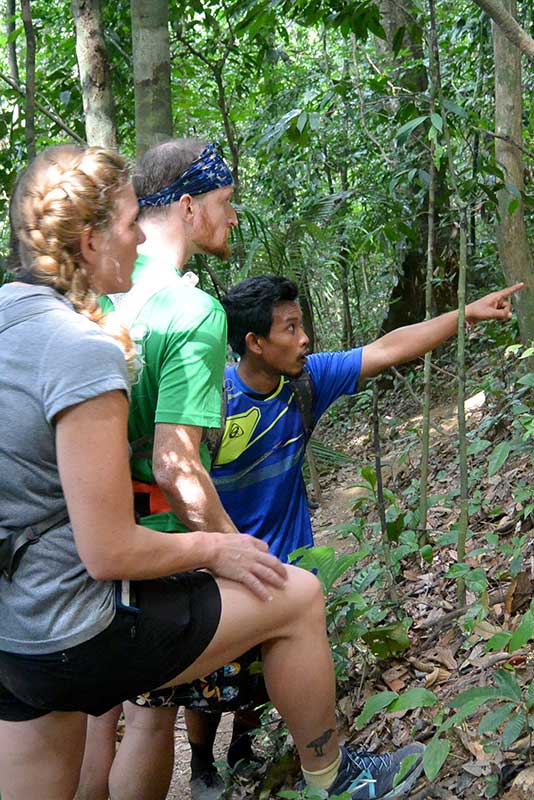 Those on a tight budget may have a hard time justifying the expense of a private guide. However, when it comes to Khao Sok national park trekking, there is no question about their usefulness and value! The majority of guides in Khao Sok, and every guide engaged by Khao Sok Riverfront Resort, are local.  They have grown up here and have often worked, foraged or hunted along the same routes they now lead guests. Khao Sok trekking guides are known for their amazing eyesight and keen awareness of the natural signals around them. As a result, hiring a guide for any amount of time will greatly increase the chances of spotting some of the famous Khao Sok wildlife.

NOTE: We recommend engaging the service of a Khao Sok trekking guide for at least one full-day hike. This will ensure a hike that takes you deeper into the forest where the opportunity for wildlife spotting improves. We will provide more information on full-day Khao Sok hiking below.

2. Leeches in national park Khao Sok
what dangers do they pose?

Of all the creatures found in national park Khao Sok, perhaps the most feared is the terrestrial leech.  These animals carry no toxins, diseases, or bacteria, and pose no risk to hikers. However, as a result of their appearance and penchant for bloody bites, they are often misunderstood.

The common land leech is small and usually rarely more than an inch long.  It lives among fallen leaves and debris and uses vibrations in the ground to sense incoming animals. It is true that leeches feed on blood. This is generally painless and often the victim is left completely unawares. To feed, the leech inserts a tiny straw-like tube. Then it injects an anticoagulant which keeps blood from clotting. It then drinks a small amount of blood. Due to the anticoagulant leech bites are known for their propensity to bleed for an extended period. 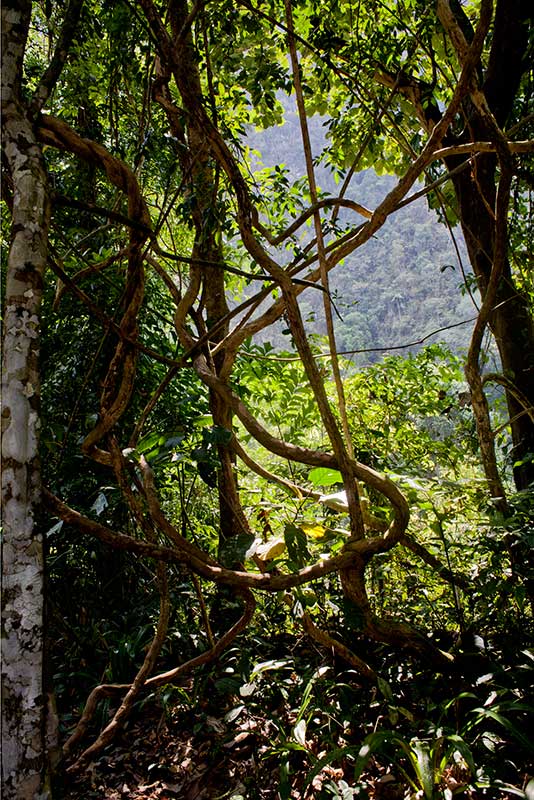 If you are bitten by a leech during your Khao Sok trekking adventure, never fear!  These animals are not dangerous in any way. The first thing to do after discovering the bite is to clean it as best as possible. Hydrogen peroxide works wonderfully, but fresh, clean water will do in the forest. Once cleaned apply tiny bits of paper to the bite one at a time. This will absorb blood and stop the bleeding. It is common for leech bites to begin itching around day three and continue itching for several days afterwards

After the bite has been suitably rinsed and cleaned, fresh rolling tobacco (ask your guide for a pinch) applied to the wound will absorb blood and help fight infection!

Avoiding leeches is easy, and comes down to clothing. To best avoid a bite wear long pants, long socks and closed-toed shoes. Tuck your pants legs into the socks and lace the shoes tightly. Also, be sure to tuck in your shirt! You can wear a long sleeve shirt for extra protection.

3. Are there any dangerous animals
in the Khao Sok jungle? 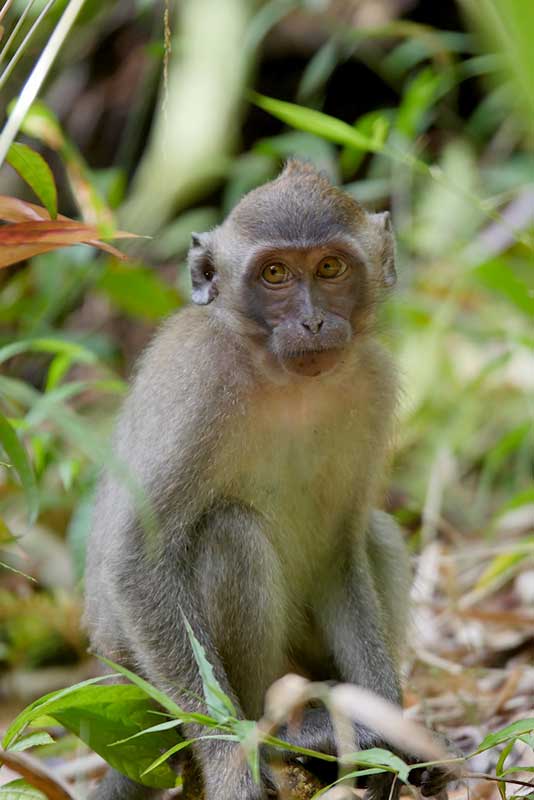 The plain and simple answer here is Yes, there are animals out there that are dangerous to people. The most obvious examples are venomous snakes. Cobras and Vipers are the most prominent. However, the likelihood of meeting one of these snakes in the forest is extremely low and most guests lucky enough to find one are in the presence of an expert local guide. For information on what to do if you meet a snake or are bitten, please click here.

Much more common, and a greater threat to people are monkeys. Specifically long-tailed and pig-tailed macaques. While generally peaceful and harmless, increased contact with people supplying food has caused these animals to become more aggressive. If you come in contact with these animals anywhere during your jingle treks we recommend keeping a respectful distance. Additionally, you should never touch or feed a wild monkey.

Khao Sok jungle tip: Of the two commonly seen macaques, the pig-tailed macaque, is more aggressive by nature and should be avoided. Look at the tail for a clue: short tails mean short tempers!

In the past tigers, bears, elephants, and large constrictors posed a danger to locals and visitors in Khao Sok. These days, however, the threat from large, wild animals has disappeared completely. For the casual visitor to Khao Sok the chances of seeing any of these animals in the wild is next to zero and no one need worry about meeting them.

4. What should you bring for Khao Sok trekking? 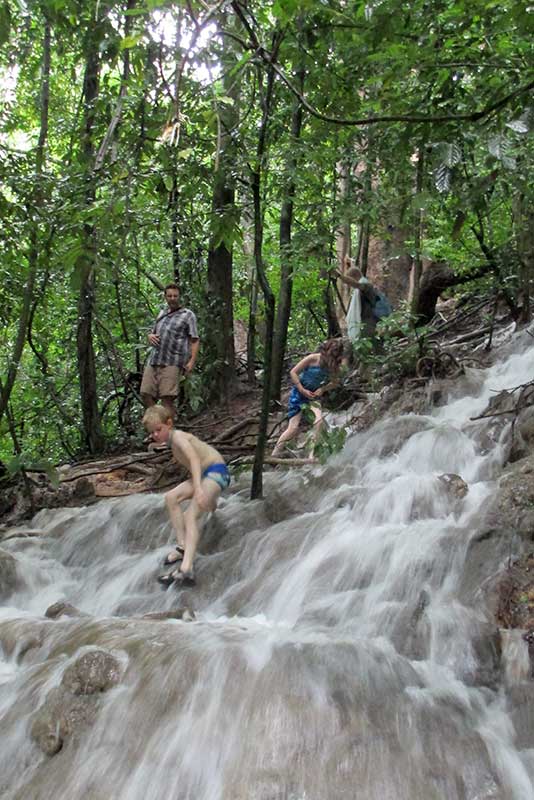 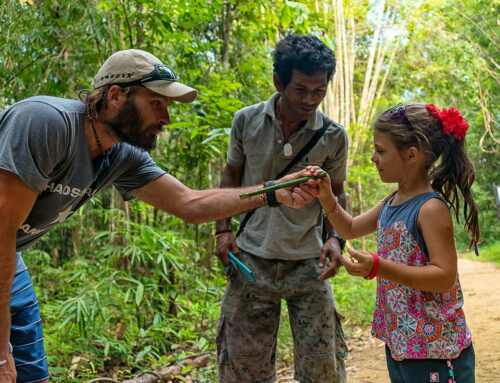 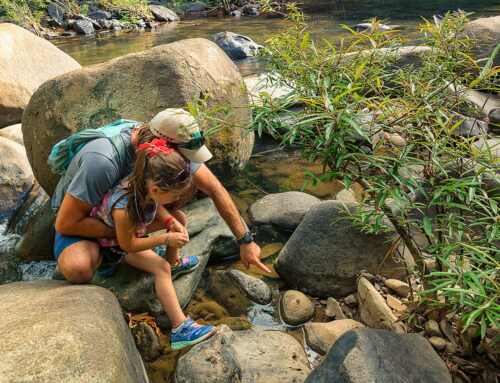 How to make the most of your time at Khao Sok 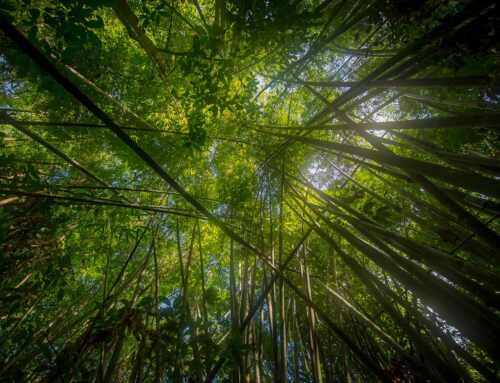 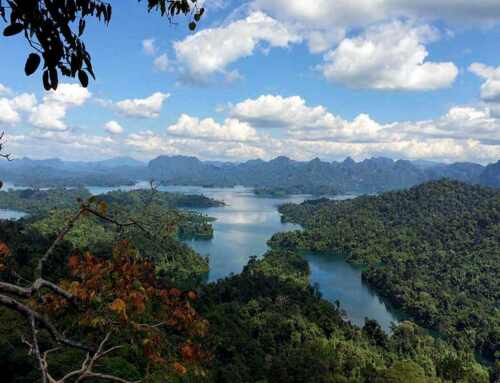